Life is Too Short w/ Just Us Girls (Texture Paste)

It's my second week guesting with Just Us Girls Challenge~ 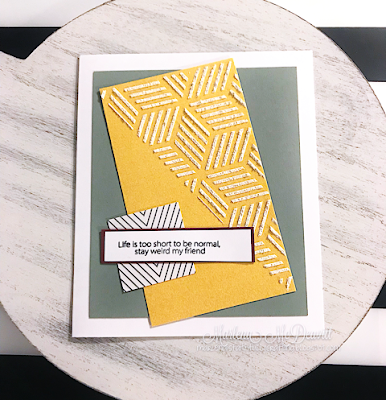 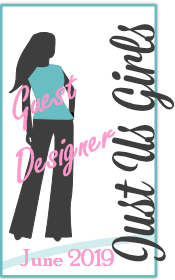 The trend this week is texture paste. 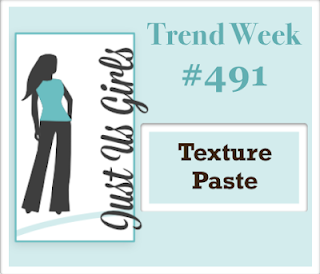 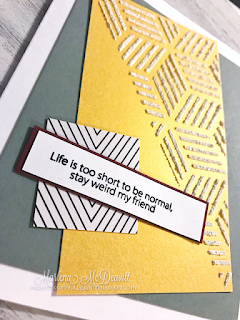 The first thing I did when I saw the trend prompt, was google texture paste.

I came across some homemade recipes which looked doable.

I later suspected I had some in my stash, and rummaged around to see that yes, I HAD picked up some.

Now was the time to try it for the first time!

To me the hardest part was leaving it alone to dry~I'm a fidgeter!

It took incredible self control ;).

Just play around ahead of time with various pieces that can dry~you'll figure out later what to do with it.

It's like a meal prep for cards, and you can always use it later.

Posted by Marlena M. on Saturday, June 08, 2019
Email ThisBlogThis!Share to TwitterShare to FacebookShare to Pinterest

Great color combo and use of a graphic stencil. This turned out quite fabulous.

Love your texture and the pattern you used! The colors are lovely too! So excited to have you for guesting this month!

I'm glad I made you dig out that long forgotten texture paste, Marlena. The colors on your card are so complimentary and the stencil you used is perfect with texture paste.

I had texture paste that was long forgotten too and mine was all dried up upon opening. Love this sentiment too! Great masculine card!

Congratulations on guesting with JUGS, Marlena! I'm new into texture pastes, too, but then I wondered why did I wait so long? Isn't it easy, fun, and totally addicting? When I played with it about a month ago, I wanted to keep going and paste every stencil I own, so I agree with you that it's nice to have a few prepped and kept on hand. And, oh by the way, thank you for thinking of me when you made this design. Not only does it have my sign-off "Life is too short," but normal is not my jam, lol!! Hugs, Darnell

Love the simplicity of your card Marlena and your texture pasting looks fabulous. Such a lovely background colour to enhance it. Me - I love getting messy with all sorts of pastes.

I love how you added that beautiful texture with the texture paste! I know what your mean by having to be patient, but your patient really paid off on this beauty. Love the colors, too.

I agree about the waiting! It was torture for me not to touch it! I love the geometric design you created with the texture paste. Very cool card! 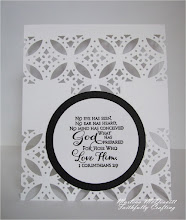 "No eye has seen, no ear has heard, no mind has conceived what God has prepared for those who love Him" 1 Cor 2:9

Marlena M.
I am a Jesus follower. I am also a grateful wife and mother. I have three sweet girls and a wonderful husband and I've crafted since I was pregnant with my first. Since I became a Christian, my crafting took on a bigger purpose-to serve God. He encourages me, teaches me, and uses me in this wonderful and fun way. I'm thankful for this venue called the blog, and the doors which the stamping community has opened. I've met such wonderful people and I'm grateful for the time you take to look at my work. I pray I get to faithfully craft (right now through stamping) for a very long time.

Occasionally I've been blessed to win products, because of a challenge or comment. I only use what I love and mention what I like. It's that simple.
In line with new Data Protection legislation (GDPR) by commenting you do so in the knowledge that your name & comment are visible to all who visit this blog and thereby consent to the use of that personal information for that specific purpose.

YOU KNOW YOU'RE A SERIOUS CARDMAKER WHEN... 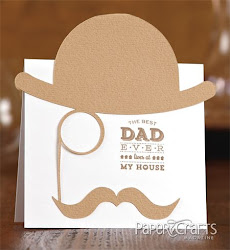 Card Creations for Him